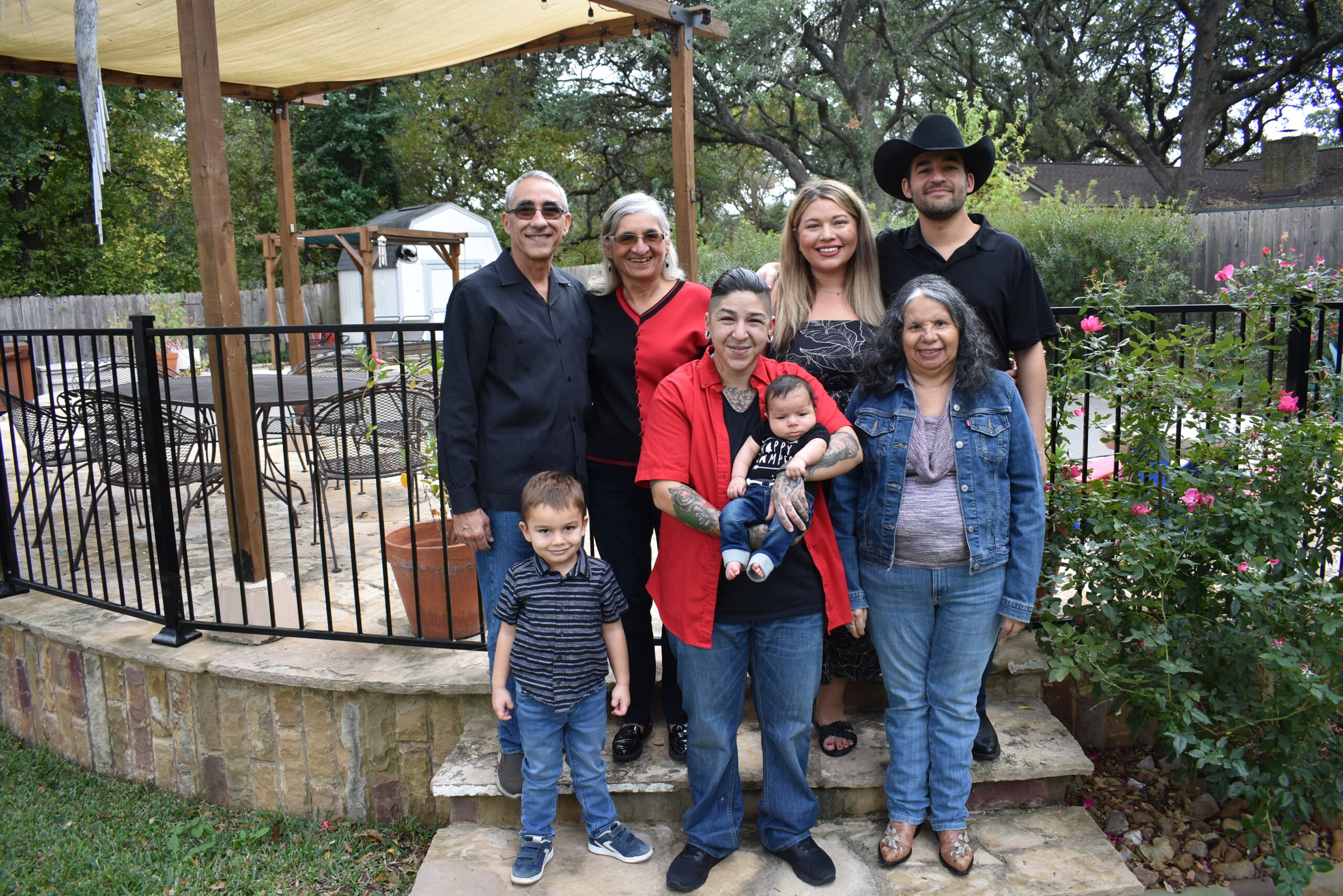 The July 2022 issue of the COVNA newsletter highlighted Frank de la Teja in the Humans of COVNA section. Below is the full interview conducted in April.

How long have you lived in Castlewood / Oak Valley?

My wife Maggie, our son Eduardo (1 year old) and I moved into our home on Toulouse Drive at the beginning of June 1987. Our daughter arrived the following February, so we raised the family in COVNA. When we arrived the city had already annexed the neighborhood, but the sanitary sewers did not arrive until 1989, about the same time as oakwilt. So, I became involved with COVNA both to stay on top of the conversion to the sewer system and to protect our wonderful oaks. I wound up serving as newsletter editor shortly thereafter, and did that for a few years. I also served as president for one term. Ever since then, Maggie and I have been delivering newsletters. We love to walk the neighborhood.

Is there any particularly interesting story as to why you moved here, or how you found the neighborhood?

My wife had bought a home in the neighboring Cherry Creek neighborhood just before we met. After getting married in 1983, we would drive through COVNA and ride our bikes into the neighborhood and talk about the possibility of one day buying a home in the neighborhood. I was still in grad school at UT when we married, and Maggie already had her PhD and was working for UT, so we didn't have the means to buy. In 1986, I got a job at the General Land Office, which allowed us to start saving, and by early the next year we started looking. At first we didn't think we'd be able to afford to buy in COVNA, but a good friend served as our realtor and he found us a couple of possibilities, one on Monarch and the house we eventually bought. The swimming pool and trees clinched it for Maggie. I've been taking care of the pool ever since.

What do you like most about living here? Are there any "hidden gems" or stories you've learned about while living here?

COVNA has been a great place for the family. The parklike setting, the spacious lots, the proximity to essentials, all have contributed to making it a great place to have brought up our family. There were more boys than girls when our kids were young, so our son in particular was always out and about with friends, and we always felt comfortable with the friends he made and their families. Our son and daughter also got an opportunity to interact with our backyard neighbor, Mrs. Burnett. She was an original owner and her house had been built before ours, so when the kids were little, and we went on walks around the neighborhood or were in the backyard, they would visit with Mrs. Burnett. She was in her 80s at the time, and her family had moved out of town, so we think she really enjoyed interacting with our kids.

What are some changes you've seen in the neighborhood during the time you've lived here?

The biggest change has been the loss of the "colonels." The neighborhood, which was built outside the city limits in the 60s and 70s, was marketed to officers from Bergstrom Air Force Base. A number, including one of our next door neighbors where veterans, in his case Korea and Vietnam, but we also had some going back to WWII, including Rufus Woody who lived across the street a couple of doors down. Slowly they have had to move away to live nearer to family or have passed, so for me that has been a big change. I loved listening to their stories. On the other hand, it is great to see young families coming into the neighborhoods, something we've seen happen a couple of times now. Although there is a core group of longer-term residents on our portion of Toulouse, we have some young families up and down the street, and they are helping to keep the neighborhood vital and well-kept. It's nice to see the investment in keeping COVNA attractive.

Where did you grow up?

I was born in Cuba and grew up mostly in New Jersey. I came to Austin to work on my PhD at UT. Big difference between the urban setting in which I grew up and the Austin area back in 1981.

Did you ever / always envision yourself living in Austin?

I didn't think I'd be staying in Austin, but my wife and I met at UT through mutual friends, and then I wound up studying early Texas history, which led to an offer of employment in the archives at the General Land Office, and then a teaching job at what is now Texas State. So, I was one of so many who came to UT and stayed!

What is / was your profession(s) or primary focus in life? For how long have you done / did you do this?

As I said, I am a historian. I was interested in Spanish colonial history, but shortly after arriving at UT I was recommended to work for the author James Michener, who had been invited by Gov. Bill Clements to come to Austin to write a novel based on Texas history. Michener was housed in the History Dept. at UT and was given two research assistants; I wound up getting one of the two slots and worked with him for 2.5 years. Even before finishing my dissertation, I got a job as an archivist at the General Land Office because of my ability to work with the 18th and early 19th century Spanish-language documents. That was in 1985, and in 1991, a position opened up at Southwest Texas State University to teach Texas history, and I got the job. Our having bought in COVNA worked out beautifully, as I headed south about a half-hour, while my wife continued to drive downtown, which also took about 25 minutes. I retired from Texas State in August 2017, but continue to write and consult on Texas and Mexican history.

What led you to that profession / focus?

What are your hobbies?

Travel, photography, and bird photography. Maggie and I have now been to all seven continents--Antarctica came in Jan-Feb 2019. We've been to India a couple of times as part of a study abroad program in which I've taught, and we've done the Galapagos, South Africa, and various parts of Europe. Next up are a Canadian Rocky Mountains trip in June and Greece, Egypt, and the Holy Land in Oct-Nov. Wherever we go, I take lots of pictures, and I've got a website delateja.smugmug.com, where all the more recent trips can be found. I'm now in the process of digitizing our early trips--South Africa, Costa Rica, and various parts of the US. I've got lots of bird photos, and at some point I'll organize a website on all of them. For the moment, you can see the ones I've taken in the neighborhood at https://delateja.smugmug.com/COVNA-Birds/

For neighbors who do not know you, what is something about you they might find surprising, fun, hilarious, intriguing, or in any other way interesting?

For a guy who was born in Cuba, grew up in NJ, and hadn't given Texas a second thought until he came to UT, I have wound up being Texas' first State History, and President, Executive Director, and member of the board of the Texas State Historical Association. Also, every once in a while someone will ask if my surname is related to the state's name, and tongue-in-cheek I'll say that the state was named after my family. In reality, my name translates to "of the roof tile" (a "teja" is the clay roof tile that you see on the roofs of Mediterranean style buildings), and the state's name comes from the Caddo word that means something like "friend" or "ally."

We have a new generation of de la Tejas in the house. My wife and I provide daycare for 7-month old Kai, and afterschool care for 4-year old Cru. So, you might see us walking behind the stroller or helping to guide an electric pint-sized Corvette.